"Why does everyone want to control Union?! It's not even real!"
―Sebastian shouting at Theodore's hallucinations

Union is an advanced STEM world, appearing in The Evil Within 2, one which uses Lily Castellanos' mind as its core. During the events of the game, Sebastian is given a chance at redemption by MOBIUS, a mysterious organization who orchestrated the events of the previous game from the shadows. If Sebastian wishes to salvage his last chance to save his daughter's life, he must once again delve into a horrific by-product of the STEM system.

"Union was intended to look like idyllic Small Town, USA. But the road to hell is paved with Mobius’ intentions, and something horrible is happening in Union, causing it to tear itself apart. STEM worlds require a Core to exist, and with Lily missing inside of the STEM world, it’s beginning to deteriorate. As her mind falls apart, so does Union."
―Shinji Mikami

Sebastian first starts his journey in this district. It is modeled after a typical American suburb, with houses, a warehouse, a motel, a visitor center, a gas station, and part of a train yard. Sebastian spends some time investigating Lily's whereabouts here. Liam O'Neal's safehouse can be found here.

City Hall is the town's local government, and thus, where the Stable Field Emitter is located. Sebastian deals with the Guardian outside the building, and confronts Stefano and his Obscura for the first time while inside.

As the name implies, this is where the residents of Union work and play. There is a post office, a drive-thru bank, several restaurants, a hotel, strip mall, and a theater. Sebastian has his final fight with Stefano inside the Grand Theater. By the time Sebastian returns, Harbingers are walking the streets, burning every Lost in sight. This is also where Sebastian and Hoffman attempt to infiltrate Father Theodore's Stronghold after drawing him out of hiding. Sykes' safehouse can also be found here.

The Marrow acts as a series of gateways, maintenance tunnels and observation rooms connecting the districts of Union. Sebastian frequently visits the Marrow to reach the different areas of the town. He first encounters Yukiko Hoffman here, and later rescues her from a recently converted O'Neal. Hoffman's safehouse can also be found here.

Following his first encounter with Father Theodore, Sebastian wakes up in an abandoned cabin in this area, quickly helping Esmeralda Torres fight off the Lost. The district is largely forested and linear, with mountains, caves, and only sparse elements of human civilization. Sebastian first spots the Harbinger in this area. Torres established her safe house in an underground bunker at the edge of the area.

Father Theodore's Stronghold is initially hard to find, until Sebastian and Esmeralda destroy another Emitter, bringing it right next door to the Business district. It appears to be a massive Gothic cathedral, with an elevator to Father Theodore's throne room, extensive Medieval-style dungeons, and several furnaces, all protected by an impenetrable wall of fire. Sebastian first ends up here after killing Stefano and encountering Myra inside the machine. Upon escaping from the dungeons, he encounters Father Theodore for the first time. When Sebastian rejects the offer to join him, Theodore simply flushes him down the sewer pipe outside his throne room. After destroying the device hiding the Stronghold, Sebastian confronts Father Theodore a second time in his throne room, accidentally shooting Torres in the process. Using a portable Stable Field Emitter to protect them from the firewall, Sebastian and Hoffman fight their way to the stronghold's entrance, with Hoffman sacrificing herself to allow Sebastian to get inside. Making his way upstairs, Sebastian confronts Father Theodore one more time in his throne room, fully overcoming his fears of STEM in the process. When Father Theodore is killed by Myra, the entire building is also destroyed. 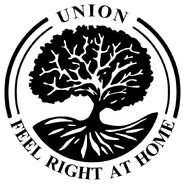