"The Father of Survival Horror"

"Whoever first thought of killing someone with a chainsaw was a genius."
―Shinji Mikami

Shinji Mikami (三上 真司) is a video game director and producer who founded Tango Gameworks and directed The Evil Within, later going on to supervise the creation of The Evil Within 2, acting as a consultant for John Johanas.

Despite living a relatively normal life in the Yamaguchi Prefecture of Honshū island, Mikami admitted to being quite afraid of his father, whom he described as a "violent person".

Apart from being hit almost daily, Mikami recalls surviving an ordeal in which he attempted to go to bed one night without doing his homework. Mikami's father kicked him out of bed and told him to go outside, in his pajamas with no shoes on, and stand in front of the car. His father chased him around in the car, and he wound up running six kilometers until he hit the coast. Once he reached the shoreline, Mikami's father drove off without saying a word, and he was forced to walk all the way back home by himself in his pajamas.

As a young child, Mikami enjoyed playing hide-and-seek with his friends, and later on in his elementary school years, he would hold bike races that wound through the playground in the local park. According to Mikami, children had to be quite creative to find ways to occupy themselves back then.

Mikami's first experience of horror was when his elementary school teacher sat down in front of his class and read the Japanese folk tale "Yotsuya Kaidan", a chilling story of betrayal and supernatural revenge, one that he never forgot.

In his teenage years, Mikami studied kendo and karate. He also developed a particular fascination with films of the horror genre, especially The Texas Chainsaw Massacre and The Evil Dead.

After failing the entry exams two years in a row, Mikami attended Doshisha University in Kyoto, where he studied product and merchandise.

Shortly after graduation, one of Mikami's friends found a flyer advertising "some kind of job fair-slash-buffet party" held by Capcom, a company then unfamiliar to him. Mikami decided to attend the party, mainly because he was interested in the free food. Once he was there, however, Mikami began talking in-depth with the Capcom staff, and decided that what they did sounded "pretty neat". An avid gamer, Mikami promptly applied for both Capcom and Nintendo, eventually deciding after the second round of interviews to go with Capcom, believing at the time that he never stood much of a chance with Nintendo. Mikami joked that it took a company like Capcom to pick up somebody like him.

Though Mikami is now revered by most as "The Father of Survival Horror", his earlier works would have perhaps suggested something different, all being Disney-related. Some of Mikami's earliest works, in fact, were the Game Boy port of Who Framed Roger Rabbit? and Goof Troop for the Super NES, among others.

After the release of Goof Troop, Mikami began development in 1993 of a horror-themed adventure game for the PlayStation set in a haunted mansion, called Resident Evil, originally conceived as a remake of Sweet Home (an earlier Famicom game by Capcom based on the Japanese horror film of the same name). Resident Evil was initially conceived by Sweet Home director Tokuro Fujiwara; he entrusted Mikami, who was initially reluctant because he hated "being scared", with the project, because he "understood what’s frightening." Mikami said that Resident Evil was a response to his disappointment with Zombie, a gory 1979 film by Italian director Lucio Fulci; Mikami was determined to make a game with none of the failings of the movie. The resulting game became Biohazard, an action-adventure game which combined 3D polygonal characters and objects with pre-rendered backgrounds and featured zombies (among other monsters) heavily influenced by George A. Romero's Dead films. The game was retitled Resident Evil during its English localization under Capcom USA's suggestion and was released in Japan and North America on March 22, 1996, and became one of the PlayStation's first successful titles. It was the first game to be dubbed a survival horror, a term Capcom coined to promote the game. It was later ported to the Sega Saturn.

Resident Evil was considered the defining title for survival horror games and was responsible for popularizing the genre. Its control scheme becoming a staple of the genre, and future titles would imitate its challenge of rationing highly limited resources and items. The game's commercial success is credited with helping the PlayStation become the dominant game console, and also led to a series of Resident Evil films. Shinji Mikami had creative control over the screen play and script of the first movie, being dubbed a creative consultant. They had Shinji in this position to make sure fans of the games would be happy. He then dropped out of the later movies because he believed that the movies were heading in the right direction. Many games have tried to replicate the successful formula seen in Resident Evil, and every subsequent survival horror game has arguably taken a stance in relation to it.

After the success of Resident Evil, Mikami was promoted from planner to producer. As producer, he oversaw the development of the Resident Evil's sequel, Resident Evil 2, which he intended to tap into the classic notion of horror as "the ordinary made strange," thus rather than setting the game in a creepy mansion no one would visit, he wanted to use familiar urban settings transformed by the chaos of a viral outbreak. The game sold over five million copies, proving the popularity of survival horror. Following its release in 1998, he oversaw the development of Resident Evil 3: Nemesis and also directed another survival horror, titled Dino Crisis, both of which released in 1999.

Thereafter, Shinji Mikami was appointed general manager of Capcom Production Studio 4, and worked as executive producer on games such as the original Devil May Cry, originally designed as a Resident Evil game, and Resident Evil - Code: Veronica, designed from the ground up for the Sega Dreamcast. This console, being more powerful than the PlayStation, allowed the development team to create 3D environments instead of the usual pre-rendered backgrounds. Just in 2000, Mikami sold over 2,500,000 units between Code: Veronica and Dino Crisis 2 alone.

In 2002, Resident Evil Zero was released, and though it's expected sales that year fell 300,000 units short, Mikami remained confident and devised a plan, despite the worries of fellow Capcom executives and share holders.

Mikami announced the Capcom Five, a lineup of GameCube exclusives that were apparently planned to boost hardware sales, the five being Viewtiful Joe, killer7, P.N.03, Dead Phoenix and Resident Evil 4. After the first of the five, Product Number Zero Three, was released, recieving poor reviews from critics, Mikami took it upon himself to step down as general manager of Studio 4. Mikami decided to refocus himself on the creative aspects of the Capcom 5, taking over directorial duties of Resident Evil 4 in an attempt for redemption. Resident Evil 4 proved to be one of Shinji Mikami's greatest successes of all time, praised as one of the greatest games of the 2000's and redefining two genres: survival horror and third-person shooters.

In 2007, Mikami secretly formed a private studio known as Straight Story, where he developed a third-person shooter almost as influencial as Resident Evil 4 known as Vanquish.

In 2010, Shinji Mikami released a teaser for the "Mikami Project", later revealed by ZeniMax Media to be Tango Gameworks, whom they were happy to have aboard. Mikami claimed that The Evil Within would be his final game, and a true survival horror, one where the player confronts and overcomes fear itself.

Disappointed with the direction that many mainstream horror titles had begun to take in recent years, relying more on action than survival, Mikami set to work on it in 2010 with his comrades at Tango, deliberately designing it in ways to make the player feel powerless, with confined settings, limited ammunition, presenting near-invincible opponents that promote running and hiding over combat engagement, and having death be a constant "see-saw"; the player always being uncertain of the protagonist's ultimate fate.

When developing the initial concepts for The Evil Within, Shinji Mikami drew heavy inspirations from his prior success, Resident Evil 4, originally basing the setting of his game in rural Spain and revisiting the designs of certain monsters to further flesh out this new world. Eventually, Mikami settled on the locale of the fictional Krimson City, though much of the Spanish influences remain. He also felt that the design of Ruvik's exposed brain as a result of self-experimentation was quite exciting, as nothing quite like it had ever appeared in a game prior.

Mikami also expressed an immense favoring over the character of Juli Kidman, especially due to his moral passion of portraying female characters in his stories as non-submissive and independant. He heavily enjoyed the spiritual journey she is tested through in her DLCs, and also felt that she was an apology for Rebecca Chambers, a character from the Resident Evil franchise whose traits went against his morals. Mikami cites Rebecca's creation as permitted only due to nagging from Capcom staff, and expresses immense regret regarding it.

The development of The Evil Within 2 officially began in March of 2015. Given that the studio was built specifically to give young and talented creators the chance to succeed, Mikami decided to give John Johanas, whom he felt was quite talented, the chance to succeed, though it was his belief that John would have found himself other such successful opportunities himself inevitably. Shinji felt it was time for the younger talent at the studio to take the lead, after he had mentored them to the top.

Though Mikami admits that his influnce can be seen here and there, his role in the sequel was more supervisory, with Johanas at the helm.

Shinji Mikami is a bit hard on himself, and tends to believe that his work peaked when he was 30, and although since then he has believes he has gained a wider perspective on things, he also says that the more he wants a game to be perfect, the less he finds himself able to approve of things. "I always find flaws", he says. He believes that, in contrast, younger people with less experience are better able to trust their instincts, and better able to believe they're doing great. From a veteran perspective, Mikami sees risks from multiple ends, but finds himself short-sighted by this, citing it "usually tough to get crazy ideas and deploy them onto a project, it’s full of holes", and that he can only ship out a new title once he has gotten over that. As a senior dev, he tends to overthink and ultimately start later on, spending time on building something perfect in order to make decisions. Furthering his point, in the end, he believes, things may start quicker when you don’t have experience. This take could factor in on his reluctance to take on directorial roles any longer.

Throughout 2020 and onward, Mikami has served as the executive producer for Tango Gamerworks' latest game, Ghostwire Tokyo.

In early-to-mid 2020, Mikami was approached by the new Osaka-based studio M-Two with the opportunity to co-found with former PlatinumGames head Tatsuya Minami and work on the Resident Evil 4 remake, but declined the role due to his commitment to Ghostwire Tokyo. Mikami commented that "he thinks they're going to continue to remake these games since they're selling well". Although the dissenting average opinion among fans of the title seems to be against the game being remade, as seen in a poll conducted by gaming news source VGC where almost 50% of around 9000 votes said "no" and the rest were split between "unsure" and "yes", Mikami adds that "as long as it turns out good I have no issues with it". 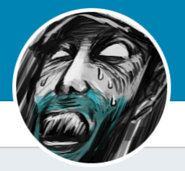