"He was dressed like a painter, but he had this weird...mask over his head. At least I think I saw him. It might have been a dream..."
―Sebastian Castellanos pretending to talk to Myra

Samuel Dista, perhaps better known as The Nursery Rhyme Killer, is the main antagonist of The Interlude.

Little information regarding Dista's life before joining MOBIUS is known.

Formerly in charge of finding new test subjects for the STEM initiative, Dista went rogue following the Beacon incident, and began waging a "one-man war" against them, terminating deep cover operatives within Krimson City and leaving the Cedar Hill Church symbol and a nursery rhyme as his calling card.

Upon KCPD's attempted intervention of his murders, the Nursery Rhyme Killer began leaving gruesome warnings to them as well, one such being Sebastian Castellanos' new partner, Tobias.

Sebastian, whilst struggling to keep his job and overcome pent-up turmoil, pursues Dista throughout Krimson City during his investigations, unaware of his true nature and motives, witnessing firsthand what disturbed and otherworldy incursions he was capable of, as Juli Kidman was tasked with hunting down and eliminating him without encountering Sebastian.

The Killer seen stalking Sebastian from a background window 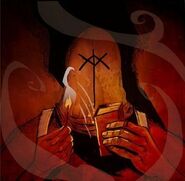 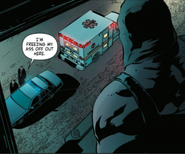 The Killer transformed into The Keeper 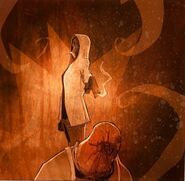 The Killer's death
Community content is available under CC-BY-SA unless otherwise noted.
Advertisement