In addition to their arsenal of firearms and explosives, Sebastian Castellanos and Juli Kidman also have access to several melee weapons with which they can fight off the horrors of STEM.

Five (technically four) melee weapons are available for use in The Evil Within.

When attempting to attack without a weapon, Sebastian will punch his enemies with his bare hands, dealing very minimal damage and minor knockback. It is therefore an ill-advised move on anything short of a stunned enemy, as even the lowliest of The Haunted can take several hits before dying. When approaching a downed enemy, a different prompt will allow Sebastian to stomp them for extra damage.

Attempting to melee with a firearm equipped will cause Sebastian to strike with the butt of his weapon; meleeing with handguns will produce a pistol whip, while two-handed firearms have a slow wind-up period before smacking the target with the stock of the gun.

"A survival knife found stuck into a dead body in the room beneath the hospital. Apart from a sneak kill, taking on monsters with this is suicide."
―Inventory Description.

The Survival Knife is Sebastian's personal melee weapon throughout the entirety of the game. It is first acquired in Chapter 1: An Emergency Call as part of the tutorial on stealth and sneaking, and is subsequently relegated to performing Sneak Kills rather than direct confrontations.

Despite what the description claims, Sebastian cannot actively engage enemies with the Knife, as he will punch them instead unless carrying an Axe.

The Hand Axe functions as a one-time use melee weapon that instantly kills most common Haunted and does extra damage to their larger brethren. Larger enemy types cannot be attacked with Axes. Axes can be looted from enemies or found lodged in the environment, and are generally more common than Bottles in the world.

The axe returns as the sole offensive tool available to Juli Kidman in The Assignment, and again in The Consequence, where it retains its good utility despite the inclusion of firearms.

Hand Axes cannot be used in conjunction with the Brass Knuckles, as the latter takes precedence over the former, though the player is still able to pick up fresh axes if currently carrying none.

Torches are powerful melee weapons that are very effective against most enemies due to their weakness to fire. They make for a good substitute to matches in setting things alight, and can also be used as a portable source of light if the lantern attracts too much unwanted attention.

It is often carried by the Haunted and occasionally found around levels. They can only be carried one at a time and are not included in Sebastian's inventory space. 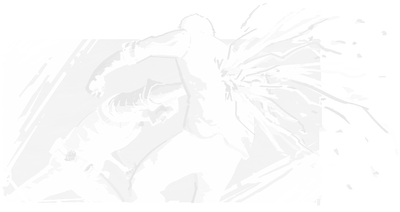 The Brass Knuckles are in practical term an extreme damage boost to Sebastian's unarmed attacks, allowing him to punch his enemies with great expediency, usually killing them in one solid blow.

Care should be taken when engaging certain opponents with the Brass Knuckles, as some are prone to performing an insta-kill attack on Sebastian should he remain near them for too long (e.g. Quell, Neun), though with nimble techniques, the player should have little trouble.

They also cannot be utilized when carrying a temporary weapon like an Axe, Torch or a Bottle, requiring Sebastian to drop them first before he can re-equip the Knuckles for use.

The Brass Knuckles are unlocked after completing the game on either Nightmare difficulty or AKUMU mode, and are deposited automatically into Sebastian Castellanos' inventory at the start of Chapter 3: Claws of the Horde.

Stealth kills are mostly made with the Survival Knife, and are instantly lethal on most lesser enemies, though Traumas and the Sadist require two or more such hits to kill.

Stagger kill from behind

Sneak kill on Sadist in An Emergency Call