Lying in Wait is the Fifth chapter of The Evil Within 2.

Before heading directly to City Hall, search behind the small room you emerged from to find a small statue with a locker key. Open your communicator and head for the gazebo on the left and tune into a residual memory, then search the area to your right to find a dead MOBIUS operative with a medical pouch.

There is a dead MOBIUS operative on the ground in front of the barbed wire blocking the entrance to City Hall. Pull the knife from its head and the Photo of Sebastian Castellanos the knife kept in the place. This will cause the barb wire to disappear. Entering the parking lot will trigger a short cutscene.

After the short cutscene, you will encounter the Guardian, summoned from several corpses created by the Aperture. Unlike its appearance in Chapter 2, you may decide to either fight it or run away.

If you choose to fight the Guardian, there are several traps laid across the arena. Triggering these traps will slow down time, allowing you to hit some easy headshots on the Guardian. There are also puddles of oil than can be shot at with the handgun to deal major damage or stun it with a placed shock bolt.

Once the Guardian is dead, the barbed wire blocking City Hall will disappear. Search the area for leftover weapon parts and ammo. There are various smashable crates in the area around and behind the building.

Head inside City Hall to find a wounded MOBIUS operative named Harrison. He will inform you that you need to turn on the Stable Field Emitter located on the second floor to weaken the killer. He will give you his communicator before dying from his injuries. Head inside the Mail Room to find file Report #00977: Urgent Structural Issues on the desk. There is also a workbench and a save point here.

Go through the door labeled Jonah Constant to find a dead MOBIUS operative suspended in mid-air. Go through the double doors on the left-hand side, make another left and continue until you find a stairway. Take the stairs to the second floor.

Open the black drapes in front of you as you come up the stairs to find a room with a mannequin turned away from the camera. Rotate the mannequin until she is standing facing the camera. Collect the Emerald Necklace on the left side on the mannequin and place the necklace on it. Next, look on the left to find a portrait of the woman in the same dress to find roses in a vase to the right of the picture. Take them and put them in the vase next to the mannequin. Once that is done, set the focus on the camera in the middle and take the photo.

Taking the photo will reveal a secret hallway behind the mannequin. Make your way towards the end of the hallway. As you get closer, pictures will illuminate. Stop and investigate each one and also grab the Krimson Post Article clipping on the table to the right. After investigating all the photos, you will a camera shutter click. Turn around and go back to the end of the hallway to find a new photo on the wall with Lily hanging on it.

Investigating the photo will cause a door to open and close violently as if someone was trying to open it. Approach the door to find yourself in a hallway. Go through the hallway to find a picture of a door and turn around to notice the area has changed. Look where the door was to find a table with a lamp on it. Approaching the table will trigger a deep voice. Wait for it to finish then turn around to find a new door on the right side of the hallway. Go through it and head past the mannequins to find a room with a Photo of Murdered MOBIUS Operative sitting on a table.

Head outside and back into the hallway to find that the environment has changed again. Turn right into the new hallway and around the corner to the right to find the murdered trying to take a photo of you. Approaching the door will cause the door to slam shut. When this happens, turn around to find a light at the end of the hallway. Take the stairway downward and open the double doors at the bottom. Approach the chair to find the mannequin prop on the ground from earlier. As you approach the mannequin's head, it will be replaced by a corpse's head, causing the lights to go out.

The room will now be filled by petrified Lost. They will not attack you or drop any items so ignore them and head out the double doors to exit the room. Be sure to collect the Handwritten Note on your way out. You will find yourself back in the room where you took a picture of the mannequin.

Turning on the Stable Field Emitter

Head through the double doors on your right, then loot the area to find a syringe and ammo. Take them, then go through the open door on your right to find yourself in the Stable Field Emitter area. Approach the Emitter and use Harrison's communicator from earlier to activate it to trigger a cutscene.

After the cutscene, the boss fight with Obscura begins. Unlike the Guardian at the beginning of the chapter, she cannot be killed. Like the photographer, Obscura can freeze time with the camera on her head. She will use it to prevent the Emitter from activating which required 90 seconds.

Once the Emitter is frozen, shoot her enough with either the handgun or the shotgun. This will stun her for a few seconds, while it also releases her hold on the Emitter. At this point, try to avoid her while the Emitter is counting down. Repeat this process until the Emitter restarts.

Once the Emitter restarts, Obscura will disappear from existence and you will return to City Hall. Exit the room you fought Obscura and continue forward until you reach a dead end then head through the set of the double doors to find Report #00213: Union Social Maintenance on the desk. Once you collect the file, head back downstairs near the entrance to City Hall and go left for a new path which wasn't available earlier. Open the door and turn left to the new path. Smash the statue on the desk for another locker key. After you cleared the area, head through the main entrance to have a conversation with Kidman, marking the end of the chapter. 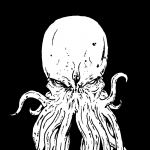 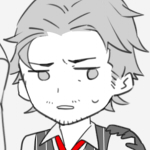 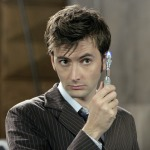