Krimson City is a fictional city, and the main setting of the game. It exists both in the real world and in STEM. After Sebastian's first attempt at leaving Beacon Mental Hospital, the entire city seemingly becomes twisted and ravaged to Ruvik's will. Krimson City appears to become infested by the Haunted and other horrors. Traversing the ruined city takes place in later chapters.

A key location in the game.

Only accessed in the DLCs by Juli Kidman. 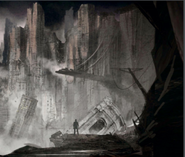 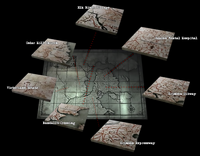