Running out of health or otherwise failing certain tasks in The Evil Within series usually result in character death.

Dying occurs when Sebastian Castellanos, Juli Kidman or Pedro Martin runs out of health. This can occur as the result of combat with enemies, being caught in traps, botching quicktime events, or failing certain objectives. When close to dying, Sebastian and Juli will slow down considerably and be unable to sprint, while noticeably limping and occasionally clutching their head/stomach.

Certain enemies and bosses have instant-kill moves that they will happily use when the player is within their hit radius, and most "finishing blows" will have a unique animation showing the creature brutally executing Sebastian/Juli. Dying in The Executioner only has the screen blacking out.

Most of the time, dying will reset the player to the last checkpoint they've crossed, with the death being added to the end-game tally (The Evil Within and DLCs), or a character records viewable via the communicator menu (The Evil Within 2). Manually reloading save games in The Evil Within before the game does will not register the death(s), and completing a New Game+ via chapter select will not show the death tally at the end.

Playing The Evil Within on AKUMU mode causes all damage taken, no matter how minuscule, to instantly kill Sebastian regardless of total health. Enemy grabs will still display escape prompts, but Sebastian will usually die instantly anyway.

In addition to dying via traps, hazards and direct damage, failure to complete certain tasks and/or saving specific vital people could also lead to a gameover through their deaths. These are also counted as proper deaths for the purpose of the end-game tally, despite some of them not involving Sebastian's own demise. 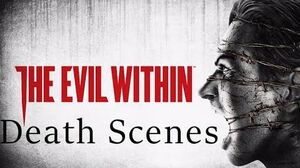 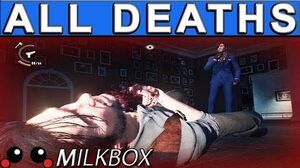 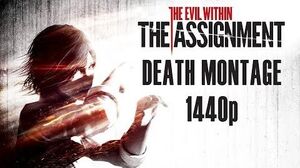 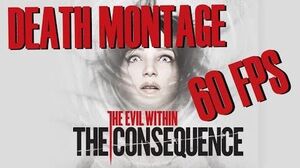 The Evil Within The Consequence - Death Montage All Deaths (1080p 60 FPS)
Death scenes in The Consequence
Community content is available under CC-BY-SA unless otherwise noted.
Advertisement