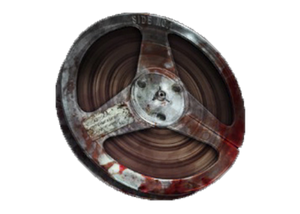 Audio Tapes are a collection of recorded logs that can be collected throughout The Evil Within. Recorded by Ruvik, these provide some insights into his psyche, history and personal experiments.

Collecting these is part of the Every Nook and Cranny trophy/Achievement. 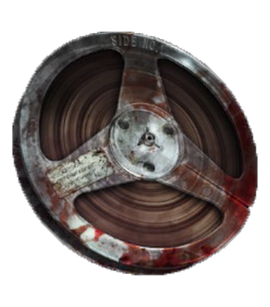 Experiment number four, subject numbers four through thirteen: brain wave activity diminished but synchronization achieved. Subjects should begin experiencing a shared consciousness. Previous trials indicated rapid deterioration of consciousness. Their minds became an exquisite mass: an amalgam of mental carrion. I'll have to connect myself if I want to experience their terror before it diminishes.

Location: Found in Chapter 3: Claws of the Horde. After the diversion by Marcelo Jimenez, go down into the yard and enter the large house on the right. This tape is on the second floor in the room where the player is reunited with Jimenez.

Aberration in Subjects of Assimilated Consciousness 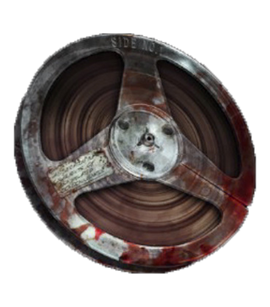 Assimilation of the subject's consciousness. Initial symptoms: sharp pain in brainstem centered on insertion point, followed by gradual onset of hemorrhaging as capillaries dilate. Over time, degradation of the ego generates strong suicidal tendencies. They lose who they are and become clay, completely reshape-able in my image, but not me. Something keeps me from staying completely within...

Location: Found in Chapter 5: Inner Recesses. In the area where the player as Sebastian must peek through holes in the wall to figure out the correct button to press, the document will be on a desk in the back corner of the right-most room.. 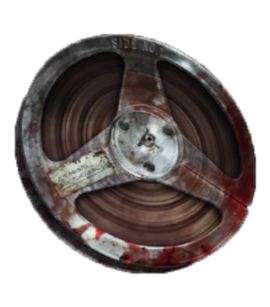 Father was a stern man. Proud, and I thought intelligent. But he was also pious. A believer. Somehow he always supported the church, no matter what the newspapers said. He waved away the allegations as if they were infallible. The wretched, the vermin, the stern... All were taken in by that church. They were promised salvation and eternal life. But there's nothing they could promise that I couldn't take away.

Location: Found in Chapter 6: Losing Grip on Ourselves, in the market square area after saving Joseph Oda from the guillotine. The tape will be in plain sight on a crate when following the path through the market. 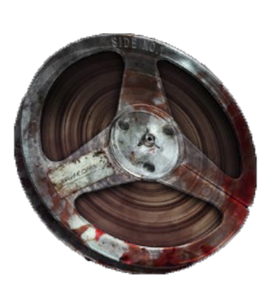 That cockroach, that sycophant; living off of me, feeding off of my work. I'll have to figure out how he got the combination to my safe. But there's no time for that now; I'm so close. No one can ever have that data. It is mine. My only way... Whoever opens that safe next had better be ready to pay the price.

Location: Found in Chapter 7: The Keeper. After reaching the room with the stone slab requiring 3 Lithographs to open, head down the right path and search the table with the lantern on it to find the log. 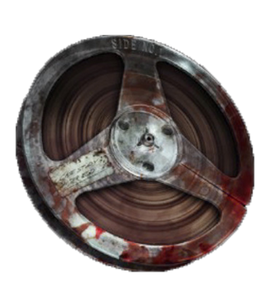 Aberrant brain wave patterns observed in subject numbers 25 and 33, and now again in 55. The one common factor is a case history of dissociative identity disorder. Previous experiments on the prefrontal cortex led to degradation of sense of self, but there were unanticipated results here: suicidal thoughts of alternate personalities exhibited as attacks on the core personality. As self-consciousness waned, a sort of stasis was achieved, like two creatures sewn together and forced to live as one, eternally hating the other. Delicious.

Location: Found in Chapter 8: A Planted Seed Will Grow. After navigating past the rock bridge with the spike-shooting wall traps, the player will arrive in a small room with a crank-operated gate. The log will be just nearby. 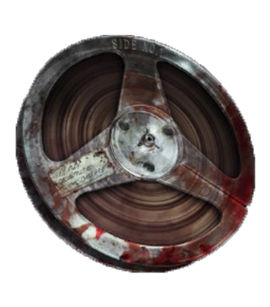 Maximum frequency stimulation of cortical regions has proven less than effective. The subjects scream and scream but they die much too quickly. Tailored settings achieve better results. The only question that remains is which regions to focus on. Fear, hope, consent, trust, envy... Three of these are pivotal. But which will open the way?

Location: Found in Chapter 9: The Cruelest Intentions. After getting past the grinder trap on the second floor of the manor, keep following the corridors to a large room with two wall dividers and two Haunted. The log will be on a small table in the back. 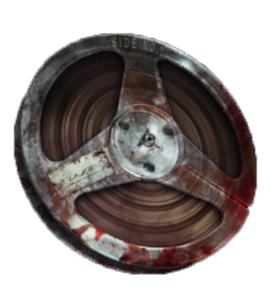 Everything I have, everything I am, has been taken from me since the "accident" by those who seek to consume me. There in the darkness, with only the phantoms of my mind to comfort me, to taunt me, I nearly lost myself completely. But then I saw her. Deep down I knew she was only an apparition, but I would regain my face, recover what was taken from me. Restore her, my beloved sister, Laura.

Location: Found in Chapter 10: The Craftsman's Tools. After the sequence where the Amalgam Alpha appears at the end of a hall in the basement and stuns Sebastian Castellanos with its roar, the player will arrive in a hospital corridor. Proceed along until one reaches a large room with a Safe Haven door nearby. Check one of the beds to find this log. 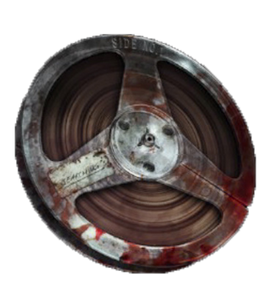 Somehow I can see that light, that shaft of light from the lighthouse, from anywhere in this place. It seems to penetrate everything; penetrate me. That view of the hospital is not my memory, yet somehow it is more solid than anything I have made exist here. Was it always there? Something has changed under that light. It calls. It repulses. It draws the others. They think they'll reach the source, regain what they have lost. They don't even know what that is.

Location: Found in Chapter 11: Reunion. After the gondola ride where the player is attacked by enemies from both sides, Sebastian will reach an office complex. Proceed along until a Safe Haven door is in sight, then check the counter at the back left corner to find the log. 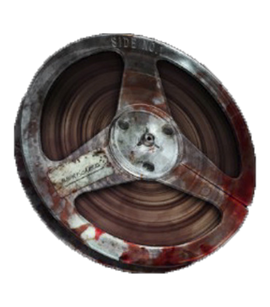 The sedative they used on me must have been my own. I was aware of every slice, every severed nerve, every tug of flesh pulled away from my bones until absolute darkness overtook me. Darkness and pain. A thousand other sensations as they probed my cerebrum, examined my work. An eternity of intensity; pain, pleasure, rage, ecstasy, blending together into single piercing noise, until the darkness was broken by sparks, like twinkling starlight. The pain, the noise, the light blends together, takes shape. It's a place I know so well... My prison. My home.

Location: Found in Chapter 15: An Evil Within. After reaching the basement of Beacon Mental Hospital via a long ladder, the player will come up to an intersection with the tape audibly playing in the distance. Take a left here to find the log sitting on some clutter. 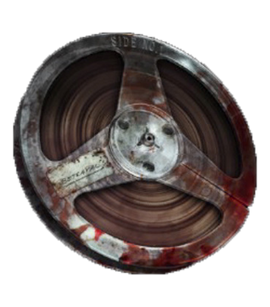 By the time I realized Jimenez had betrayed me, it was too late. I was so close. He knew it. Knew that I was too focused to notice when he'd brought those men. They'd never gotten past my traps otherwise. Their device is a perversion of my own. The device I should have created. My data, my equipment, my theories, my mind... They replaced my husk of a body with... a new dimension of torment.

Location: Found in Chapter 15: An Evil Within. After getting through the sewer section and going up a set of spiral stairs there will be two doors. Head into the first door here to find this audio log in the back.