What's on your mind?

I’ve seen the Paranormal activity movies and I’m a little scared. Would Sebastian or Ruvik be able to defeat the demon seen in the film, or those witches?

Geez,i give up!The second Laura boss fight is inpossible!Laura is too fast!I can't look her and to shoot the ratchet.And the joke is all about me playing in Casual mod.Somebody can help me?

The lost is to say the zombies according to what shape they have in the head easier are that they burst when shooting them, the easiest is the one with the head half open

If I have completed the crow Easter Egg in Chapter 3 on Survival mode, and then I start a new game, can I do it again in Nightmare mode? Was really hoping for the extra gel for attempting Nightmare mode, as it makes you start from scratch. Going up to the first crow and shooting it did not start the sequence, so either I waited too long, or ...?

Now, please don't get me wrong. RE is still a great series (sometimes). But over the last decade, there's only been a few decent games, in my opinion.

The RE2 remake is overrated dog shit.

RE3 is just that. Dog shit!

RE4 is vastly overrated, and NOT scary, but still great to play.

RE5 is actually better than 4, YET no-one likes it.

RE6 has a more RE like plot, but nobody cares.

RE7 is a good game, but Ethan is so boring.

Can we just act like 95% of the movies and side story games don't count?

And Bethesda gives you a choice of camera perspectives.

And no. I hate new RE games for a genuine reason. It's not because the games don't have fixed camera angles any longer, or zombies, or any of the other things people like to pick on people over. It's because Capcom has hired all of these developers to replace the old ones, and they read Wikipedia to get the jist of what Capcom wants them to do for their products. They also keep going back to 1998, when it's time to let go of Raccoon City, and go elsewhere.

RE4 and RE8 are NOT even scary horror games. The Evil Within 2 is 1000 times more scary than RE8, with that tall tart, Lady Dimitrescu, and that fatty, lard-ass merchant, Duke. The whole of that game is just dumb. Like, come on.

A living puppet. A guy turning into a Transformer. A baby in a house.

Oh, and I hate merchants being in horror games anyway, as these games are not creepy at all, and have a tendency to be boring, shooter-ish, and linear. And besides, I even think games like Days Gone does it better, as those people trading with you, do it in small camps to earn a living, and so that they have a roof over their heads away from the Freakers, and bad people, like the Rippers. Duke is just a greedy guts. It also makes zero sense that both himself and that other vendor may cart their goods around, undetected. LOL!

And okay, yeah. The Evil Within games have a shopping format too, where you use gel like it's currency. But at least they are scarier games, take longer to play through, and feel sort of like Konami's Silent Hill series, which is definitely a bonus plus, because they still in fact play like RE4, etc, which gained a reputation as wrecking the formula of horror gaming.

And where's the creepy music in these games today, huh? You know? RE1, 2, 3, 0, CV and several other RE games all had eerie sounds, and low level music, that really set the atmospheric tone. The games now are so quiet, your farts are probably gonna be more frightening. And bullets fall out of dead monsters. Eh!?

That's... just not survival horror gaming how I grew up playing it in the late 90s, and of course, the first half of the noughties. Back then, you only occasionally received help from a side character, with no vendors around.

All of these bad RE spin off games and half-assed remakes suck so much. Meanwhile, Bethesda's series goes a little unappreciated. It's like, "Oh, screw Shinji's game for him leaving Capcom!"

Hell. The Last of Us II has more meat on the bone, and a compelling story to match, and things you shoot at aren't bullet sponges either. New RE games are too lacking in replay value, and what little story they have, has forced in plot twists, and Chris is so stupid currently. They're just so, one and ya are now done nowadays...

Hi, guys, I’m new here. Recently I’ve read those comic books that are said to be a prequel of the main game.

They have some significant inconsistencies with the main game.

What those books tell us is that Ruvik has kidnapped a group of people and connected them to Stem for his experiments.

All that can’t be true. Because they face the Keeper in one of those books. And we all should know that the Keeper was “created from a blend of Ruvik's final memories before he was dismembered and his fury at having his research stolen from his safe”. This means that Ruvik has been locked inside of Stem by the moment he created the Keeper - right? He couldn't get out of it somehow and kidnap all those people from the book. This is not my “fan theory”, this is just what you can get from the main game. The whole story just couldn’t happen if you compare it with the information the main game provides. And I wonder if/why no one else hasn't noticed that. Including Bethesda themselves, probably. I have no idea why they released those books if they'd paid attention to the fact above.

Or those books aren’t a part of a game universe and just exist on their own? I really don’t know how it works.

I’m really interested… What do you, guys, think about it? I haven’t found any information from Bethesda about it. Anyone has?

I'm planning to buy the game on Steam as soon as i resolve some technical issues, and I just read here that the promotional items given in NG+ are unique to one playthrough, does this include these 2 weapons or not? Since they are unlocked by collecting all Map Fragments, yet are acquired in this game mode. 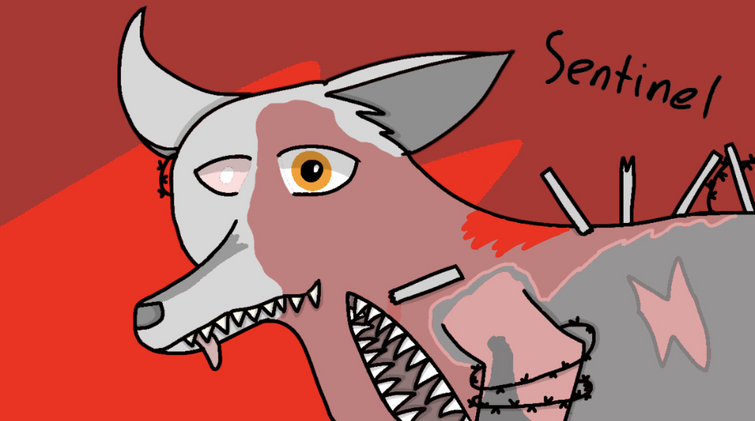 After defeating Sadist and obtaining the Chainsaw I didn't immediately finish the chapter. I decided to wander around a bit and see if I missed anything.

So about the barn where Sadist was chained up. On my first go-thru (on SURVIVAL) I climbed to the cupola, the small steeple-like structure at the top, cleared the area of items and left. But not before noticing a crow perched at the opening of the cupola. That time around I didn't think about wasting a bullet on it, just for an out-of-reach item. So I left.

This time around I defeated Sadist, got the Chainsaw and climbed up to the cupola specifically to shoot the crow this time, item or no item. So when I ﻿did shoot it, all of a sudden what happened was the game went into a brief, free-cam flyover of this small stage, then ﻿returned back to gameplay.

I searched the stage for anything different, but noticed nothing immediately.

Any ideas on what happened?

I'm about to try again and see if I can replicate this result...

Yes, for the most part
Eh, knda sorta...
No, not really, TEW2 is mostly a new story for Seb

Could be
Nah brah

Hey All - probably stupid question here, but...I missed a few keys and map fragments so I was going to use New+ to get them. However what I’ve found is that if I collect a couple of map fragments, save the game, select New+ to jump to another chapter - then...the items I just collected will be gone again. Is it necessary to play thru in one linear stream to get the Save Room to “remember” them? Thanks!

Help us grow The Evil Within Wiki