The Evil Within, known in Japan as Psychobreak, is a survival horror video game developed by Tango Gameworks and published by Bethesda Softworks. The game was released on Microsoft Windows, PlayStation 3, PlayStation 4, Xbox 360, and Xbox One, on October 14th, 2014. The player follows Detective Sebastian Castellanos as he arrives at a gruesome mass murder scene. Sebastian has to face his fears in order to survive. Read More 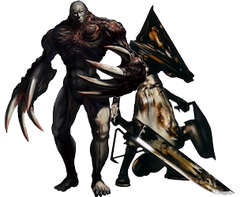 Want your community included? See how!

Retrieved from "https://theevilwithin.fandom.com/wiki/The_Evil_Within_Wiki?oldid=17130"
Community content is available under CC-BY-SA unless otherwise noted.